Month one has been and gone, an awful lot faster than expected. My painting has been very poor, only completing one stolen in the first three weeks last month. I did have one final push and managed to complete one more stolen and two more rats (aside from their bases... That still counts thought right?). This leaves me with a back-log of Hamelin, Nix, two Rat Catchers and one more Stolen from my initial month one purchases. 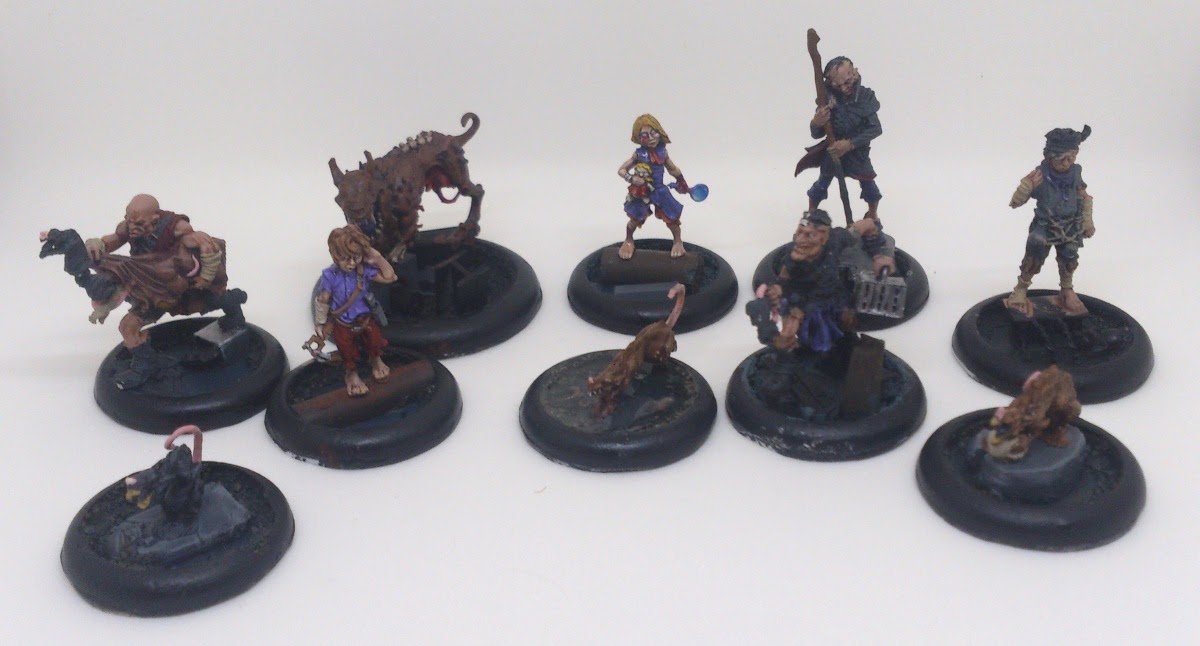 I did manage to play a few games with in month 1, learning a lot of things about his crew – mostly things NOT to do in future games:
My purchases for month two are therefore dictated by this need more than what I would actually like to get for the crew. This month we have a budget of $25, plus the $1.50 I didn’t spend last month. $12 buys three more rats and I presume that $12 will also buy me one rat-king – assuming that there will either be one box similar to the Nephelim box containing a rat king and some rats or there will be a smaller box similar to the steam arachnid swarm which can either be assembled as rats or a rat-king. This is an imaginary spending of $24 this month leaving me with a grand total of $2.50 in magical invisible change to carry forwards to next month.

As the current Malifaux Rat models are so characterful I did not want to have any duplicates, so until the plastic alternatives are released I have used giant rats from the Games workshop Skaven range. For the Rat-King I have stuck a pile of these blighters together, cut off their tails like a farmer’s wife and replaced with interwoven paper clips (using a very small drill and a lot of patience). 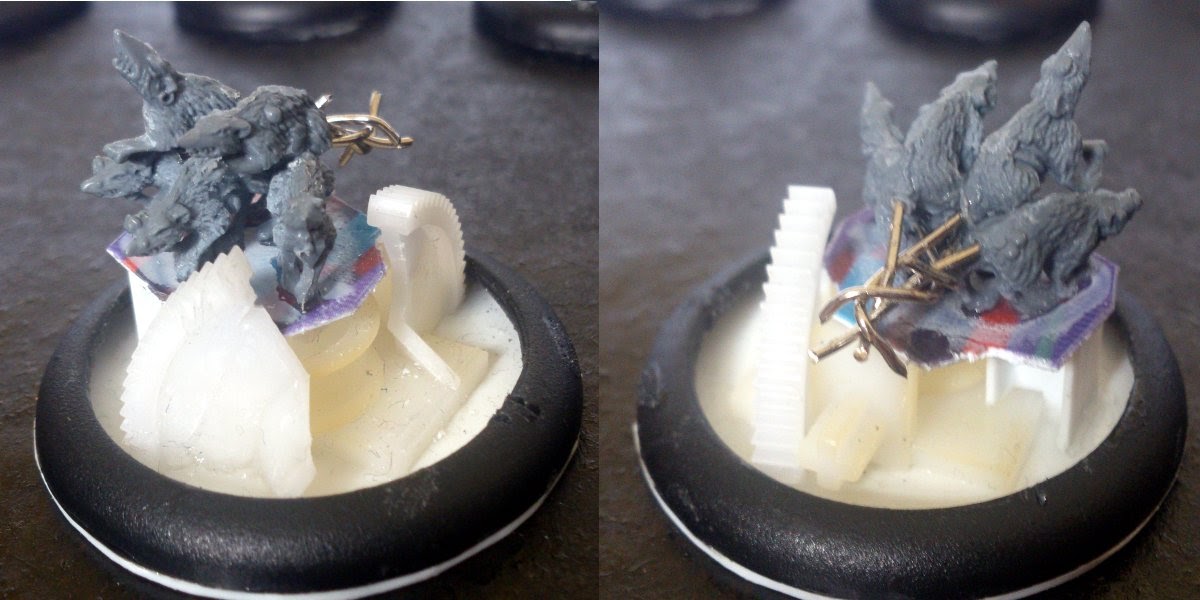 In the few games that I have played so far I have tried a few different tactics, trying to see what I can get from each model in the crew and what they are not good at. Rather than going through each model individually I’ll give a brief rundown of how I currently play with the limited selection of models I have at the minute. At some point I’ll do a more in-depth breakdown but right now my model selection does not let me chose the best options for each situation.

In every game I have taken the piper upgrade on Hamelin, mostly for Obey but the 6” aura around Hamelin in which no enemy can end a charge is very nice. I generally only advance Hamelin when I want to actively stop the enemy from charging into a certain area (i.e. Turf War), otherwise he will be in my half of the table with a Stolen or two nearby and a few rats 4” or so in front of him as an extra layer of defence from melee. 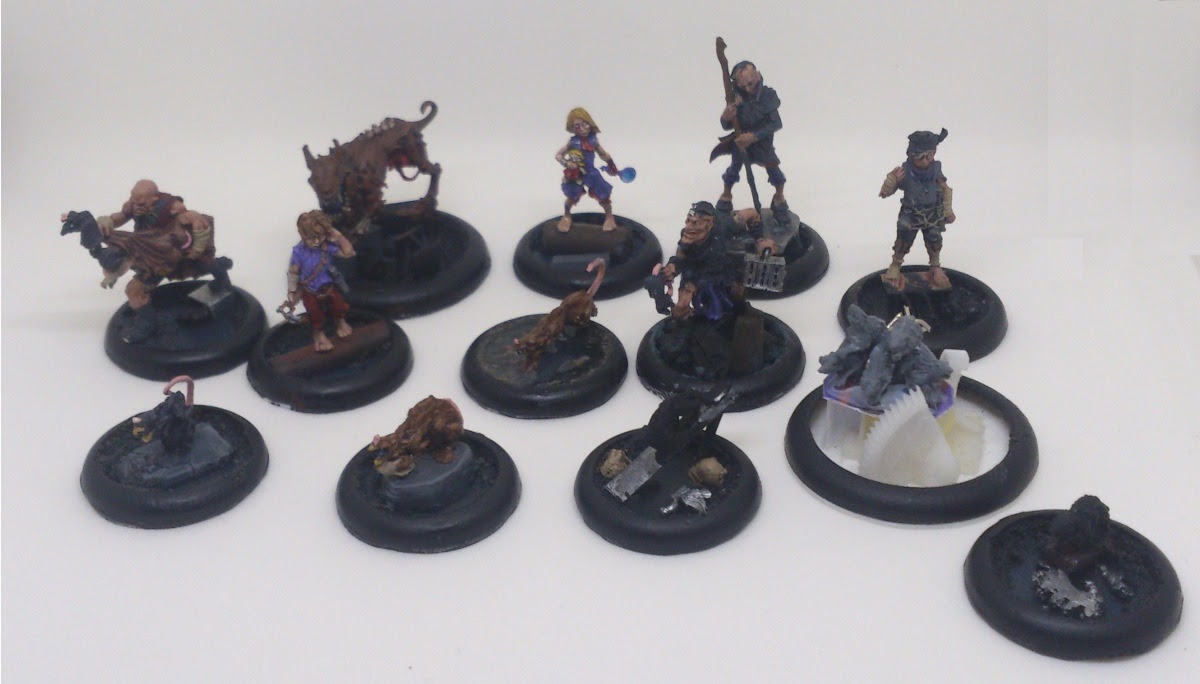 Nix is a model I throw into the midst of a group of mid-level enemy models. He can tie them up and spread blighted with a fairly high chance of survival - just be carefull of enemies with Ca attacks. Any spare rats will be doing a similar job to Nix, standing in areas that I do not want the enemy to easily progress through or where I do not want them to be interacting. Rats are what I put in the way of the enemy big hitters; they are guaranteed to die but are MUCH more disposable than Nix. Aside from getting in the way and spreading blight, Malifaux rats will generally just waste activations so that I can activate the important models in my crew when I want to.

Rat Catchers are the only minions in the crew and so have been doing all of the work for schemes and strategies requiring interactions. Thankfully they aren’t bad at this, being able to interact whilst engaged coupled with Obey means that Schemes such as plant explosives and spring the Trap are fairly easy to achieve. If necessary, Rats can become Rat-Kings who are wonderful at denying enemy objectives having a 0 to remove scheme markers (and get free movement) and are minions themselves to help with Strategies/Schemes. 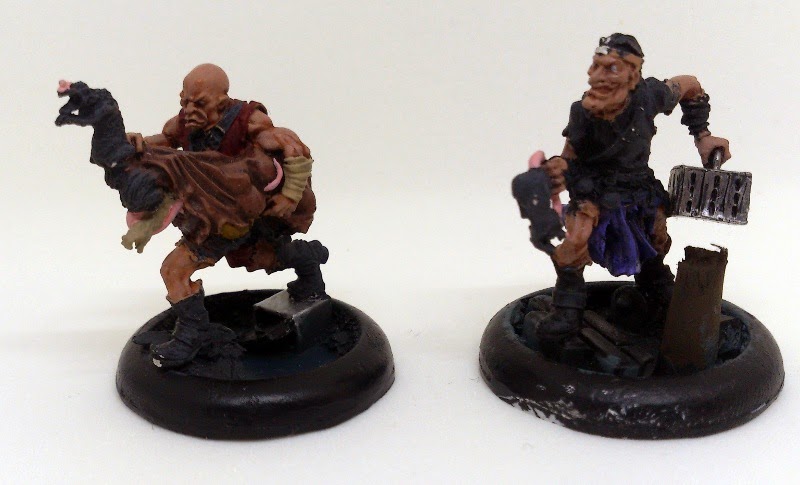 Bleeding disease is the only way to do any real damage with this crew with my current selection, and spreading blighted early is a big factor of whether I can succeed or not! I have not yet faced Lady J or the Ortegas who would have an easy time removing blighted but would assume that the best strategy when facing these crews would be to focus on one model and attempt to take it down in a single turn. Hopefully I’ll get some more toys to deal with these crews in future months. Rat-Kings should help some way towards this as they can charge blighted models for a 1 action and have a melee trigger that can repeat attacks (although getting less and less likely to hit).

So the first month ends, another month begins - another bunch of rats to paint...
Until next time, farewell!
Posted by Unknown at 20:38